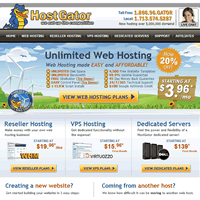 UPDATED: On September 11 I updated this review. It has been on my list of things to do ever since their complete data center blackout in August, but have had other things to take care of first.

HostGator has been one of the biggest, most recognizable hosting companies for a long time. Until recently they have been providing great hosting and great support for a long time as well. Last year they were bought out by Endurance International Group (EIG) who has a history of buying hosts and running them into the ground.

While I am doing my best to give HostGator the benefit of the doubt because of their history, I fear the worst is going to happen to their services and support. On August 2, HostGator customers got a taste of EIG reality when their Utah data center had a complete blackout. Not only were the customer’s servers and websites down, but the EIG company websites and phones were down as well. This made it impossible for them to let customers know the situation.

Again, I am trying to do as best I can to be lenient with HostGator because I know what it’s like to have disasters happen that are out of your control. Unfortunately for them, this disaster could have been avoided by not becoming a part of EIG. Don’t be surprised if you see them slide down my rankings in the near future. I still have an account with them, and so far, not so good.

HostGator’s prices are reasonable. Their basic hosting package is a big restrictive, though. In order to have the ability to host unlimited domain names, something that most other hosts offer, you have to pay an extra $3.00/month and upgrade to the “Baby Plan.” Their prices also reflect a 20% automatic discount on the initial cost, so your renewal rates will increase. Unlike other hosts, though, they are a bit more transparent about this increase in price.

As you can see, each box has a “Now 20% off*” banner across the top right, and below the boxes it explains that the price reflects 20% of the first invoice. For an even better price I have been provided with a HostGator Coupon that can be used to get 25% off your initial invoice. Just use the coupon YourWHGeek25 when signing up.

While HostGator does offer a huge library of features, these features come at a cost. Their most basic plan, which costs roughly the same as most other hosts at $3.96/month, only allows you to host a single domain name. That means if you want to have multiple websites on one account you need to upgrade to a bigger package. Their basic package does not allow you to add an SSL certificate or Dedicated IP address, either. If you want to be able to accept credit card charges through your website you not only have to upgrade your package, but also have to purchase those features on top of that.

Basically, HostGator’s packages are structured in a way that makes them more money. If you want anything extra you have to pay them extra. This would make sense if other companies operated in the same fashion, but there aren’t many other shared hosts that do not allow unlimited domains on the most basic account.

HostGator’s service used to be one of the most reliable in the industry. The operative term here is used to. After the EIG takeover (and subsequent merging of accounts to different, more crowded servers) the reliability has gone downhill tremendously.

There was a period of time after HostGator was bought by EIG that the service was still good. Great, even. That’s because the hosting accounts hadn’t been moved to the EIG data center yet. As soon as the migration to the new data center happened (customers didn’t have any choice but to accept this. No other option was given) my test account was noticeably slower, and reliability was much worse.

Perhaps the most unnerving of all was last month when there was an outage of the whole EIG data center. This not only affected HostGator, but other EIG brands including BlueHost, JustHost, HostMonster, and any other brand that has servers in their Utah location.

I’m hoping for the sake of their customers that HostGator can bounce back and get their reliability back up to a high standard. I’m not sure I see that happenign with the EIG takeover, however.

If you’re sensing a theme with this whole review then this might be a bit of a refresher. HostGator’s support team is largely still in place from before they were taken over. How long it will be this way is anybody’s guess, but for now their support is still very good. This is the biggest redeeming factor. They have a lot of support avenues and have online server monitoring so you can see the status of your server which is something very few other companies offer. If you do choose HostGator you will be getting great support. At least for now.

It is my estimation that HostGator is going to continue to slide down in terms of reliability, with support soon to follow. It is how all companies bought out by EIG end up (so far) and the signs are pointing the same way this time. I would be cautious when signing up with HostGator, and would avoid paying for more than 1 year. Leave yourself an exit strategy if something happens and you decide they aren’t for you. 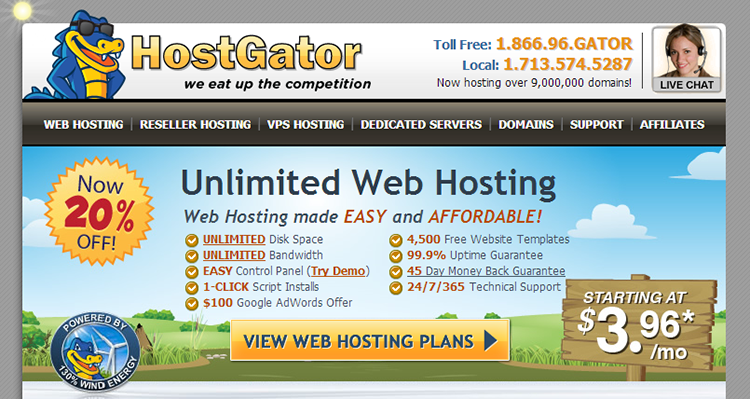