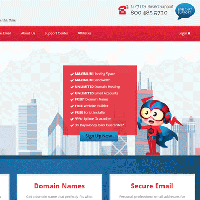 While it’s not necessarily a feature of web hosting per se, I would argue that the HostMetro price lock guarantee is one of the best, if not the best reasons to choose one web host over another. It’s a rarity in today’s web hosting market to see a company offer a low price and stick to it.

You may ask yourself how other companies get away with raising their prices up to 4 times as much for renewals. It varies from company to company but there are two main reasons why this is pretty commonplace with the majority of big name web hosting companies.

Web hosting companies that you regularly see on top 10 review sites pay a lot of money to be there. More often than not they aren’t actually ranked based on merit, but how much they offer the reviewer. Affiliates who have websites on the first page of Google earn $250+ per referral. That means that a given host will operate at a loss considering they’re selling hosting for under $50/year. This is why you’ll find plenty of renewals for those same accounts run you $350 for the renewal.

A few years ago it was common for web hosts to not even disclose the fact that the prices advertised on their websites were “promotional.” I assume that because these hosts go so many complaints and so many customers were complaining to their credit card companies they had to put that * next to their prices. This, however, is glossed over by plenty of customers who just don’t know better.

The web hosting world is full of trickery and shady business practices, which is why it’s refreshing to have a company like HostMetro that offers a price lock, a renewal refund, and are generally pretty straightforward with what they offer. They still have some gimmicks here and there (“Maximum” hosting space/bandwidth, for one), but at least they aren’t trying to screw you out of your money.