I’ve had my suspicions about WebHostingGeeks and their review system for a while now, but I haven’t really put much effort into researching it. Now that I’ve had some downtime I’ve decided to look into it and my suspicions seem to be correct. It looks like WebHostingGeeks is deleting positive reviews on a massive scale for certain companies. I can also say with relative certainty that they are withholding posting negative reviews for other companies. 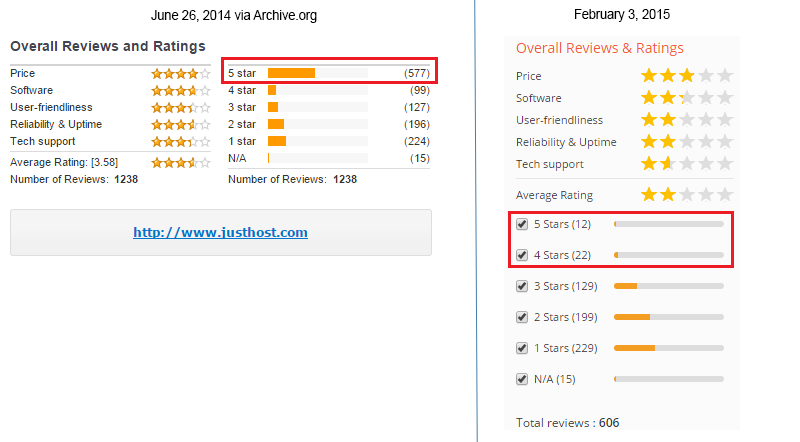 Click Here to see the archived page compared to the live page here. 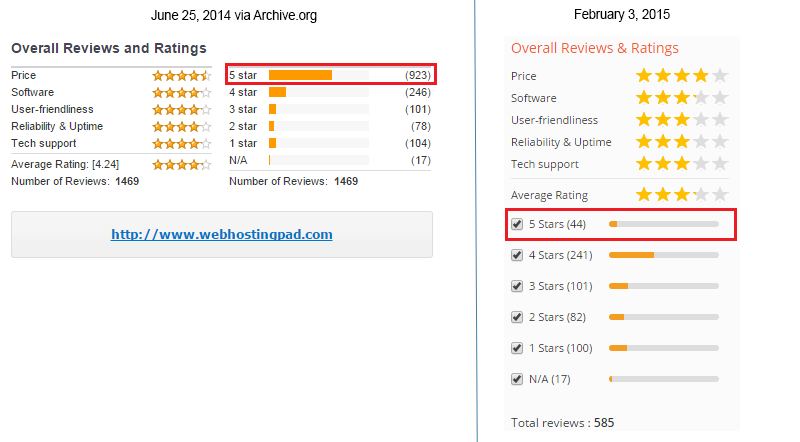 Click Here to see the archived page compared to the live page here.

Not only are the owners/operators of WebHostingGeeks.com selectively deleting massive amounts of positive reviews, I also have a strong belief that they are withholding negative reviews for other companies so that they do not get lower ratings on the website. Take, for example, InMotion. On January 4, 2013, InMotion had a total of 43 one star reviews. As of today they have 45 one star reviews.

Don’t get me wrong, I think Inmotion is a very good company, but you can’t for one second make me believe that only 2 customers wrote negative reviews for them over the course of 2 years. I obviously can’t prove this like I can the deleting of reviews, but let’s be honest here. The fact of the matter is that people who have a negative experience are much more likely to voice their opinions. It’s the nature of user reviews.

So the next question becomes why would WebHostingGeeks.com do this? While I can’t give you a definite answer, I can let you know what I think based off of my experience. The first thing to understand is that WebHostingGeeks.com, like most other “review” sites is an affiliate website. It is designed to get you to sign up for the company that pays them the most money for that referral.

The reason to withhold negative reviews is simple. These companies pay them the most money for every referral they make. Why would they post negative reviews to make the company look worse? That won’t make them more money. Instead, they will keep the negative reviews to a minimum and make sure any and every positive review is passed through to make it seem like those hosting companies have nothing but positive user experiences.

The trickier thing to understand would be why they would delete positive reviews for companies. I can almost guarantee you that it is about money. Like I covered in my how affiliate programs work page, if you’re not making an affiliate the money they think they deserve then your company is in trouble. Chances are JustHost and WebHostingPad weren’t converting well enough and the owners of WebHostingGeeks.com weren’t happy about it.

So, what do they do in return? Delete their positive reviews, drop them in the rankings, and tarnish their reputation. After all, why keep their positive reviews up when they aren’t making you money? It’s not about giving the consumer unbiased information. It’s about making money. And that is the problem with affiliate websites. They aren’t there to provide you with relevant information to help you make the best decision for your website, they’re there to make money off of you, plain and simple.